Small farmers worldwide are being deprived of their land and pushed on the verge of social, economic, and cultural extinction. Corporate agribusinesses, backed by neoliberal policies and so-called free trade, grab land wherever they can. The protective controls that used to support small-holding farmers are helpless against the new economic strategies. Dispossession analyses the impact of the different economic policies that have completely transformed for the worse what were once already impossible living conditions to begin. The chain of poverty made worse by debt and violation of human rights enables ultimately a new form of slavery. People unable to pay off their debts becomes cogs in a machine that eventually kills them. Farmers that once enjoyed decent incomes are the disposable pawns of ruthless financial schemes. A frightening rise of suicide rates, cancer and migration is the appalling toll of politics and strategies that need to be addressed and stopped. A film that rings a much-needed alarm bell.

Mathieu Roy is a Montreal-based filmmaker, working in both documentary and fiction. In 2003, after acquiring his degree in Political Science and graduating from two film schools, the Montreal’s National Film Institute (INIS) and the New York Film Academy (NYFA), Mathieu was hired as Martin Scorsese’s personal assistant for the filming of The Aviator. He received international prizes for his documentaries. Involved filmmaker, he’s following the tradition of « truth cinema ». By addressing heavy and contemporary issues, he transports the viewer into a universe of disturbing truths. 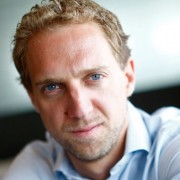